Most lists of self-help tips for ME/CFS/SEID will emphasise that acceptance of the disease is important; the patients who accept rather than push and rail against the disease tend to have a better prognosis. Hostile resistance also increases hyperventilation. These patients may be thinking “but I can’t afford to be ill”, or “what am I if I cannot do the work that defines me”, or “I am useless if I cannot support my family” –and judge themselves harshly. 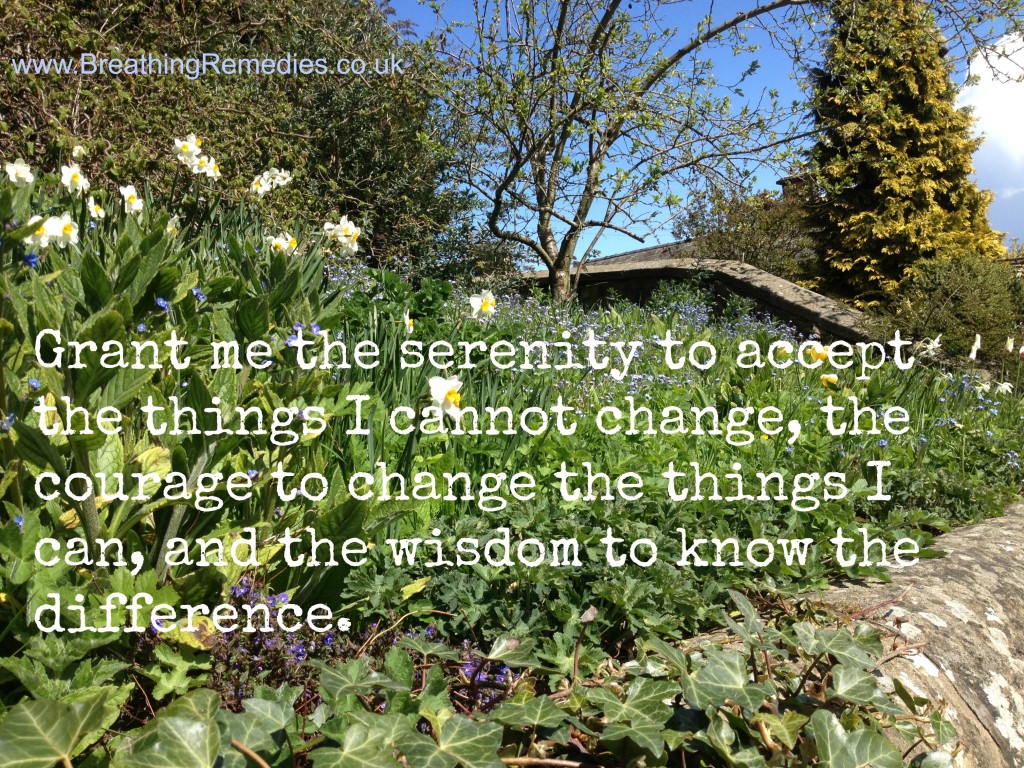 So self- compassion is the order of the day, again something I hear about a lot, but listening to self-compassion expert Kristen Neff’s video I understood it more fully: self-criticism and harsh judgment of ourselves can be considered as part a primitive defence response – a harsh motivator that can help us succeed – but it can activate the fight or flight or sympathetic (threat) part of the autonomic nervous system, releasing stress hormones and contributing no doubt to breathing disorders.

So even if harsh self-criticism did not have a role in your disease onset, it may slow down your recovery –it is very hard for someone with such a disease to avoid self-criticism in the presence of such disability and possibly lack of understanding from health care professionals and friends and family who might think that you are malingering rather than sick.

“With self-compassion, we give ourselves the same kindness and care we’d give to a good friend”.

So learning self-compassion can be a step towards switching from “fight or flight” to parasympathetic “relax rest and restore”.

Breathing can be considered to be the bridge between the emotions and the body, and breathing retraining for ME/CFS/SEID also helps calm the sympathetic nervous system and restore a more healthy breathing pattern – where parasympathetic activation is favoured -that can get oxygen more efficiently to all body systems.