People are often rather amused when I tell them what I do –  5 Interesting responses I have had:

1)      “I know how to breathe or I would be dead wouldn’t I?” (this person was overweight and had diabetes but most certainly did not associate breathing with health) or another “I’m fantastic at it. I do it every day.  I’m that good at it I do it in my sleep!”  Ha ha…

2)      No comment, but immediately the person starts to gulp in huge breaths, in and out, filling and emptying their lungs! (I try to stop them before they faint, failing that I get them to move away from my better breathing info stall –doesn’t look good if they collapse there!)

3)      Old joke about well-know footballer (not known for his brains) who used to play for a major Manchester club–left his MP3 behind, someone picked it up to check what he had been listening to:  “breathe in breathe out, breathe in breathe out etc.” ie, he had to be reminded!

4)      “I am quite happy with my medication thank you, it controls my asthma” but I see the dark rings under their eyes and know that when I ask them “do you sleep well” the answer will be “no” and likely they will answer “yes” to sinusitis. The asthma medications can keep the airways open but do not address the dysfunctional breathing that contributes to other health issues/symptoms.

5)      Now this was an interesting response from someone who had asthma. He was happy with his medication, but he likened it to “turning the car radio up to drown out a rattle in the car rather than finding out what was rattling and fixing it”. He accepted that changing your breathing might help asthma, but chose the easier way, the quick fix with medication. 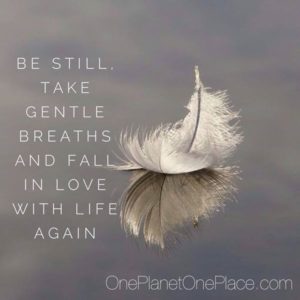 Most people assume that breathing takes care of itself and it does to a great extent in healthy people, it is automatic; when you exercise, you need more oxygen and you breathe more without having to think about it.

But breathing can become disordered or dysfunctional. And it is such a basic function it tends to be overlooked as a source of ill health, but laugh at it at your peril! (However, a good belly laugh can be good for your breathing too, so it is not all bad! But I will leave that for another post!)

Most people also erroneously assume that “the more you breathe the better”, whereas you can actually starve yourself of oxygen by breathing too much by messing up the balance of your blood gases.

So there are consequences, you wouldn’t think  “the more you eat the better” – the diet industry is worth billions; the majority of the population have been on a calorie controlled diet at one time or another and I bet most people could have a good guess at how many calories you would have to eat on a weight loss diet!

So why on earth do we assume the more the better with breathing? Many people are greedy for air. They may breathe 3 or 4 times the norm. If you eat 9 or 12 meals a day instead of 3, there WILL be consequences, and you know what they will be. Less obvious are the results of over breathing /disordered breathing , which can affect every one of your body systems, listed here.

The people who make such comments are not likely to ever be convinced and are unlikely to be interested in changing their breathing to improve their health. Nor are they are not the people I am looking for!  It takes a fair bit of dedication so breathing re-training is not a quick fix, not like taking a pill or an inhaler.

And to redress the balance here are the consequences of improved breathing for 5 clients who saw sense in the method and put in the work; nothing to ridicule here!

1) I have slept well and have more energy than I can remember for many years. I feel generally calmer, my hands and feet are no longer blocks of ice and my chill blains have disappeared!

2) I have been amazed at how much my whole quality of life has improved and the welcome sense of calm.

3) I have had no recurrence of sinusitis, which I had for 40 years.  In addition I have found that carrying out the breathing method helps to relax and calm my mind and this has definitely helped with my chronic fatigue.

4) I have no doubt that the Buteyko method was directly responsible for my cure from the ME/CFS as the effects were so dramatic. The method does take commitment and practice (and I’m still practicing!) but this is a very small price to pay for having your health, and life restored.

5) I feel calmer, more energised and I am sleeping better, without snoring. The Buteyko method has given me a daily support mechanism and an emergency medical kit when times get hard.