I consider myself incredibly lucky, not only have I recovered from the debilitating disease (pit/hell) of ME/CFS, but also I now help others recover, by retraining their breathing. 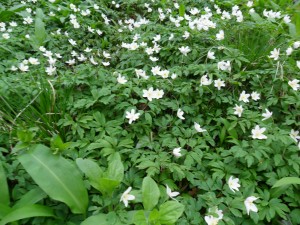 (Plus I live in the beautiful Peak District and can go on lovely walks from my front door. And it is spring!)

Why I became a breathing educator

Breathing education has been the most rewarding thing I have ever done, and nothing I had ever imagined or expected to do. Poles apart from my previous role in health care where I had been a bench scientist, doing preclinical research into new painkillers for a drug company, and rarely even  seeing a patient! I loved the research but the job was high pressure. 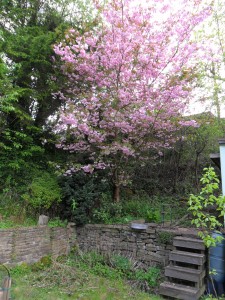 Then I was a sick person; at one time I wondered if I would ever be able to do anything useful again.

I came down with CFS/ME in 1999 and it was physically and possibly worse for me, mentally, extremely disabling.

If you are reading this because you have CFS/ME, I know what you are going through. I know what it is like to hold onto a job by my fingernails, worried about how we would feed the family if I lost my job, come home and eat and sleep and spend my weekend recovering. I had no social life.

I felt I had been “written off” and had nothing to offer. I was a mum, partner and employee with massively reduced output compared with previously. I suspected my symptoms were “stress related” but they did not ease when I took early retirement, left my stressful job and moved out of London to the countryside.

For me, after trying many different avenues, (treatment for candidiasis helped most but I also tried cranial osteopathy, chiropractic, mercury amalgam filling removal and more – I became a “fat-folder patient”), by a stroke of luck I came across and tried breathing re-education (Buteyko method) and it worked. I was not broken. Hyperventilation was a big missing piece of my health puzzle. And one I had frankly never considered; breathing takes care of itself does n’t it?

Changing my breathing back to a more normal pattern really helped me quickly (within days) get in control of my panic and stress and after a few months my frequent disabling migraines melted away. Yes ME/CFS is more than being tired all the time. (Just to say that when I do still get the occasional migraine I am very grateful to have my Maxalt melt medication to tackle it. I have nothing against drugs, but prefer them to be a last rather than a first resort).

Dr Buteyko’s definition of stress is “anything that makes you breathe more than you need”. And I know now that breathing too much (hyperventilation)  can actually deplete the body of oxygen. Stress can be emotional or physical.

Looking back on my history I can clearly see my own physical and emotional stresses accumulating, from a very traumatic bereavement, on-going work and family stresses, then a really bad summer respiratory infection and cough that was not shifted by two different antibiotics (but the drugs probably contributed to unbalancing my gut flora, hence the yeast overgrowth (candidiasis) / gut flora or microbiome imbalance/).

A cough seems to be one of the best ways to mess up your breathing pattern, and many of my clients tell me “I was fine until I had that cough/chest infection, and I never really got my health back!!” The breathing centre in the brain gets to think that big volume breathing is normal and unless you know about it, it is sometimes hard to recover. Luckily you CAN retrain your breathing by doing a series of gentle breathing exercises and making some life style changes and you CAN have hope of better health.

So that is why I do what I do and why I am passionate about it; I found a way to improve my chronic fatigue by better breathing and I trained as a breathing educator so I could help others with this devastating disease. I feel that it is my duty, as there is so little help available.

I especially like training young sufferers, my own son had ME/CFS as a teenager and it is worse than having it yourself. It breaks your heart. He was stuck at home for much of the time and missed a lot of school between the ages of 14-16. Just when he should have been spreading his wings and having fun. (He is fully recovered now thankfully; young people have a better chance of full recovery).

At least I had had a good life and was in my mid 40’s when ME/CFS struck. But I feel that life has restarted now for me and I am looking forward to the future and to helping more people.

So remember, you are not broken and it is possible to recover from ME/CFS.