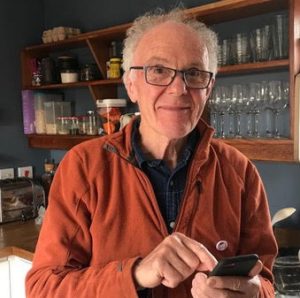 Chris’s main symptoms were feeling lightheaded and dizzy, anxiety, frequent urination, tiredness, frequent sneezing, weight loss and itchy eyes. He scored 30 on the symptom scale before doing the Buteyko breathing course, and there were many improvements in the first week or two.  At the 3 month follow up appointment Chris reported “I was pleasantly surprised to note further reductions in symptoms, including much less sneezing, weight and anxiety had stabilised, itchy eyes feel better and I only need now to get up once in the night to pee, not bad for a 74 year old male. I partly attribute this to Buteyko helping to reconnect me with a more regular meditation practice. Many thanks, it has been a very positive experience”. His symptom score is now down to 8.  (Chris Hart, London 2021) 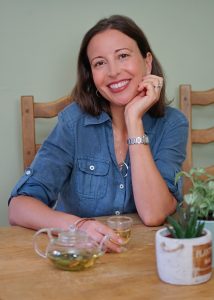 I hadn’t really realised how badly I was breathing until I trained with Janet in Buteyko. It’s been a complete revelation and I really believe that learning to breathe correctly is one of the most important self-care tools we can learn to optimise our health and wellbeing. Learning this method as lockdown started was a real bonus to me as it definitely helped me to feel calmer. I’d recommend this course to anybody – even if you think you’re healthy and know how to look after yourself, you’ll be blown away by what a difference our breathing makes and how far away we’ve moved from correct breathing in our modern lives. Thank you Janet!
(Suzy Glaskie North West 2020 https://peppermintwellness.co.uk/)

The Buteyko Method is well worth doing even though it takes quite a bit of time and dedication.  I am definitely getting there, and I can feel the benefits with regard to my panic and anxiety. The method, once learnt, can be practiced more or less anywhere, and so can be incorporated into your life on a daily basis.  Janet is an excellent teacher – she explains everything clearly, and does everything she can to help you improve using Buteyko.

Before I started buteyko breathing with janet i had been off work for a year with anxiety. The doctor tried me on two medications which only made things worse. I was at a dead end and thought i would never get any better. Then i worked for myself that i had chronic hyperventilation syndrome, anxiety being one of many symptoms of this condition which i was experiencing. Then i found janet’s site and booked on a course. Within two weeks i was off my medication, relaxed, breathing better than ever and ready to go back to work. At the time of writing ive been back in work a month, calmer than ever an wondering why doctors dont know more about this technique.

The Buteyko technique has changed my life. Since doing the exercises my symptons of asthma, IBS and anxiety and depression are virtually gone, my acne has cleared up and i am consistently getting a full nights sleep. I never would have thought that all these symptons were linked to my breathing. I would strongly recommend the Buteyko technique.